Going back to "From Here".

I sat down in the chair and cried.  I couldn't hold it in anymore, I couldn't bear the pain-- the agony.  Dr. R bowed her head, lowered her voice and calmly said, "I think it's time".  I looked up, tears swelled in my eyes and with my face clenched tight I heard a voice reply, "OK, I'll go".  She picked up the phone and made the call I had been dreading, the call I had tried to avoid.  "Hi, yes, can I get an ambulance, please?"  Before I knew it I was strapped onto a stretcher and wheeled out of the doctor's office.  Ten minutes later I was in the ER, hooked up to monitors, and poked with needles by a nurse.  I lay there, motionless and cold-- both physically and mentally.  No amount of blankets could warm me.  I was sick and scared, but unable to process the reality I found myself living-- or not living.

Several hours later I was transfered to my very own room.  "You don't have to worry about making me too comfortable, I'm leaving as soon as I'm stabilized," I warned the nurse.  She just gave me a blank stare and continued to shuffle around the room, moving pillows and searching for blankets.  She knew something I didn't, which put me at great discomfort and unease.  But I was too delirious to comprehend the reality of the situation.  Once settled, I took out a notebook and pen. And I wrote. 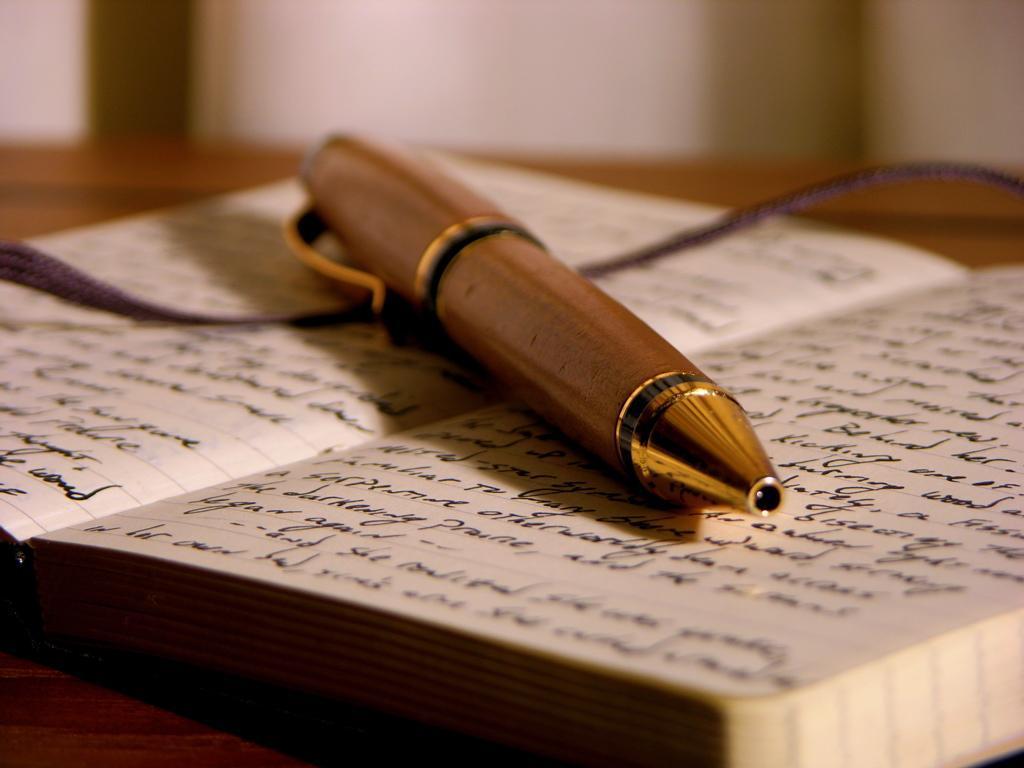 Recap.
This is actually happening. I am in a bed, hooked up to an IV and heart monitor and having to pee with the door open. I am under intensive watch 24 hours a day.. for "safety" reasons...aka so I digest every crumb on my plate and remain on bedrest. Did you know you can burn calories tapping your toe in bed? I did. I have an eating disorder and was checked into the Children's Hospital of Philadelphia for intensive medical care. Because I'm destroying my insides and slowly killing myself. Thanks a lot, Ed.
How did I even get here? Who is this person trapped inside my body and controlling my brain? I'm sick. I was completely delirious when I checked into the hospital. And by delirious I mean nearly dead. All my vital signs were low and they're pretty sure I had hypothermia. I was scared. Wait- scratch that.. I am scared.
I've been good. I've followed all the rules (minus a few weak moments- thanks again, Ed). I've probably gained several pounds, although I wouldn't know for sure because I get weight backwards every morning. Food is shoved down my throat 5 times a day (ok, not literally but if I don't finish every last bit on my plate, including the Ranch dressing, I have to supplement the calories with a Boost). But it's fine. I'll be medically stable enough to get out of here soon. Hopefully after the 12pm meeting with the team of doctors.
Wait. I have an eating disorder. I want- no, I need to get better. I can't live like this, there is too much I have to look forward to in life. I need to get rid of Ed.
"Mom, I'm going to be released in time to return to Pitt, right?"  My mom's shoulders shrank as she put her head down.  "Rebecca, hunny, let's just worry about what's going on right now".  What kind of answer was that?  Why does she sound like she's about to tell me someone died?  "But I'm going to be stabilized soon, then I'll be good to go..."  It was at that moment that I realized I was in denial.  And it was at that moment that I realized I was in for more than a 10 day stay at the Children's Hospital.  I swore I felt my heart leap out of my chest, I felt a rush of adrenaline through my entire body, aching to lift itself out of the bed.
I wasn't going back to Pittsburgh.  My entry to the hospital was not a brief trip to get physically stable.  I was betrayed, tricked even, by the doctors.  What the hell was I still doing in a hospital?  And what was this talk of transferring me to another one?  I had not the slightest notion that I was about to embark on a journey.  A journey that could take years.  I was about to begin the recovery process from an eating disorder.  Recovery?  Me?  Wait.  I have anorexia?
8/18/09

I was supposed to be out of here today. I was supposed to only eat breakfast here. I was supposed to be admitted as an inpatient to Princeton (WILLINGLY, nonetheless). But I'm still here. Trapped in this fish bowl with a babysitter and too many calories shoved down my throat. Today I broke down. I completely lost it. And I learned a valuable lesson. No, I learned two valuable lessons.
Lesson 1: Hospitals are a mess. A disorganized, "hot" mess. There are 23423423 doctors, nurses, social workers, and other various personnel involved. And none of them communicate with each other. Hence, the reason I'm still here- hence, the meltdown.
Lesson 2: You are your only ally. Only you can save you.
Sequence of Events:
I wake up expecting to leave the hospital sometime this morning.
Parents arrive mid-morning and we're still waiting. (Waiting=anxiety).
The first doctor informs me I may have to wait a day or two.
The second doctor has no idea I'm supposed to be leaving.
First meltdown.
Lunch was ordered for me. It was obviously bigger than the average person's food intake for an entire day. What's my motivation? I've been let down. Again.
Second meltdown. I shouldn't be here, eating this food.
Meeting with nutritionist. Because I'm staying another night.
Third meltdown.
It is so incredibly difficult to do 'good' after 'good' after 'good' without reinforcement and reward. And that's where the frustration comes from. Once I'm frustrated, I relapse back to the negative thoughts, habits and decisions to receive the comfort that's not being provided for me otherwise. I'm waiting for a pay-off. Or for little pay-offs along the way. No one gets it. No one will... Or will they?
Tomorrow at 9am (though I'm not holding my breath) I will be transported by ambulance to Princeton.
Breathe, Rebecca. You survived. You made it through another day. And tomorrow is a fresh day.
My journey down this road will be long. There will be plenty of ups and probably even more downs- plenty of rocks and obstacles along the way. But I have to keep my eye on the prize, the Emerald City. And to all my family and friends- I can not thank you enough for your continued sympathy, support and loyalty. You are my motivation and strength and you are what keeps me going. Thank you.
I also could not have survived the past 9 days without my one-on-ones and nurse support. Remind me to stay in touch with them.
Oh, and purple is my color.
"The ambulance is here.  Bring her out!"  Finally, I could leave this place.  Finally, I could breathe in some fresh air-- it had been 10 days since I last saw sunlight.  And finally, I could walk.  Or so I thought... They helped me rise from the hospital bed that I had made my own, with it's permanent imprint of my body, only to transfer me to a wheel chair, and then to another stretcher, to yet another ambulance.  There goes all hope of being able to walk, which by the way, I appreciate much more now.  As the ambulance backed out of its driveway, I closed my eyes.  "Well, here we go".  And thus began my journey towards recovery.
As I look back, a year later, I can't help but to think of the power of fate.  If I hadn't agreed to enter the hospital, August 10, 2009 I could have-- no I would have died.  Even if I hadn't died, I would have gotten sicker, had to drop out of school and live the life of an anorexic, with all hope lost, relationships ruined and future absent.  But I was saved.  I was given a second chance to live.  It's never easy to lift oneself out of the state of denial.  I wanted to hold on, so badly.  I wanted to convince others, and myself, that I was fine.  I remember saying over and over again, "I'm only here for a few days to get medically stable, then I'm going back to Pittsburgh.  I'll be fine".  Yes, those words are still repeated loudly in my mind.  One year later, I associate denial with ED.  ED wanted to hold on, wanted to trick my family, doctors and myself that I could survive on my own.  Denial was ED's way of winning, it was his chief motive.  But luckily for me, my family and doctors would not give in to ED's master plan.  They helped me wake up from the nightmare I had made reality.  They saved me.  I fear to think where I'd be right now if it weren't for my family, doctors and friends.  There was a time that I detested them, that I was angry because I felt like they were ripping my life right out of my hands.  But now I know the reality of the situation:  In actuality, they were handing my life back to me.  I was getting a second chance to live.

Fate works in mysterious ways, and looking back, I would not change a single thing about what happened.  I believe I was meant to get sick, meant to break down in Dr. R's office and meant to go to the hospital.  Because I believe everything happens for a reason, and that my personal experiences will help me lead a better, more fulfilled life.
"For last year's words belong to last year's language. And next year's words await another voice. And to make an end is to make a beginning". -- T.S. Eliot
Posted by Unknown at Tuesday, August 10, 2010